I am Joe Hendel and I would like to introduce my wife, Linda, and our children Laurie and Robert. As this story unfolds you will also become acquainted with some of the most dedicated employees any business owner would be honored to have on his payroll, and how together we made Hendel’s Air Conditioning so successful.

Our story is an account of what it took to build an exceptional and prestigious air conditioning company. Hendel’s Air Conditioning required determination hard work, innovative thinking, impeccable customer service, and skilled and trusted employees. 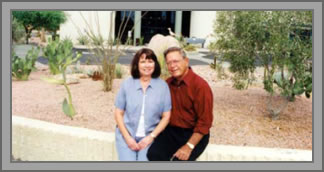 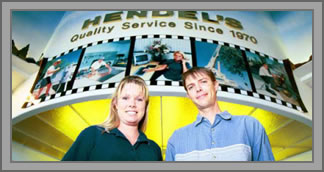 In 1960 I moved to Phoenix, Arizona from St. Louis, Missouri. During my high school years in St. Louis I worked at my father’s service station. It was a great opportunity for me. I learned a lot about service and business and hoped one day I would have a station of my own.

When I arrived in Arizona I landed a job with Mobil Oil Company in a service station training facility. I worked four hours a day as a service station attendant and then spent another four hours per day attending a dealer-training program. I was elated and felt as though opportunity was knocking.

In 1962, Mobil Oil offered me a temporary job managing a service station at 16th Street and Osborn in Phoenix. I was anxious to demonstrate the knowledge and skills I learned while working for my father. Mobil was so pleased with the way I managed the station that they offered me the opportunity to become a dealer even though when I signed the lease I was only 20 years old. Eight days later I turned 21 and had to resign the contract. Mobil stated that I was the youngest dealer they had ever assigned a station.
1 2 3 4 5 6 7 8 9 10 11 12 13 14 15 16 17 18 19 20 Next

Please fill out the Request an Estimate form. We will contact you to review your quote. * Required information